Speakers: Ana Rojas, group leader of the Bioinformatics and Computational Biology Group at the Andalusian Center for Developmental Biology (CSIC).

Abstract: Mismatch repair pathway (MMR) is essential to maintain genome stability. While MutS and MutL are essential for performing the initial and steps of the route, those are missing in many Archaea, most Actinobacteria, and other prokaryotes. However, these organisms exhibit similar spontaneous mutation rates to those bearing the MMR proteins.

We have reported NucS, as an endonuclease involved in Mismatch repair (MMR) with no structural homology to known MMR factors. By genetic screenings we found [1] that this protein is required for mutation avoidance and anti-recombination, hallmarks of the canonical MMR in the surrogate model Mycobacterium smegmatis, lacking classical MutS-MutL factors. Furthermore, phenotypic analysis of naturally occurring polymorphic NucS in a M. smegmatis surrogate model, suggests the existence of M. tuberculosis mutator strains.

Structural bioinformatics coupled to evolutionary studies of NucS indicate a complex making-up of the pathway that involved at least two horizontal gene transfers leading to a disperse distribution pattern in prokaryotes. Together, these findings indicate that distinct pathways for MMR have evolved at least twice in nature. Strikingly, the absence of any MMR protein (MutS/L or NucS) on few microoganisms, indicate that additional pathways are yet to be found. The analyses of these findings in the evolutionary context of the classical MMR proteins open novel and intriguing questions in the emergence of the MMR systems. 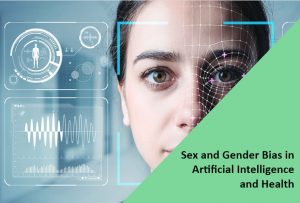